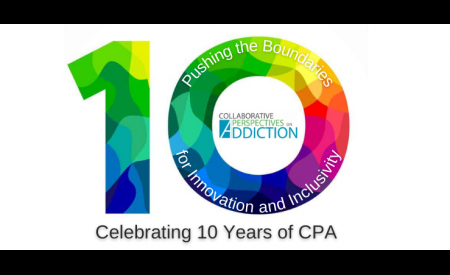 This award would recognize a SoAP member who has made distinguished theoretical or empirical contributions to research in the addictions field or had made distinguished theoretical or empirical advances leading to the understanding or amelioration of practical important problems in the field. This contribution could be for either a single extraordinary achievement or a lifetime of work.

This award is to be given annually to a member of SoAP who has had a doctoral degree for no more than 7 years. The award is to recognize distinguished early scientific contributions to the field of addictions.

Distinguished Scientific Contributions to the Application of Psychology

This award would be conferred on a SoAP member who has made a distinguished contributions to the advancement of public interest in the addictions field. This contribution might include research or advocacy leading others to view national policies differently, research demonstrating the importance of the application of scientific methods and theory to public policy, or research clarifying the ways scientific knowledge of human behavior informs public interest about the addiction field.

This award is to be recommended and voted on by the committee to the Board and would be given to a member of SoAP who has made distinguished and/or exemplary contributions through service to SoAP.

Outstanding Contributions to Advancing the Understanding of Addictions

This award would be given to a non-SoAP member, and could be awarded for outstanding media portrayal, contribution to key legislation, or other contributions that has been made to advancing the understanding of the addictions.

The Society for Addiction Psychology offers the Student Research Grant program to support graduate and undergraduate student research in the field of addiction psychology.

These awards are given to students and early career psychologists to help defray travel costs to attend the Collaborative Perspectives on Addiction Annual Meeting.

The Society of Addiction Psychology Distinguished Student Scholar Award on Research, Equity and Social Justice award recognizes graduate student and/or post-baccalaureate affiliate members of the Society of Addiction Psychology who have made outstanding scholarly contributions to equity and social justice in the field of addiction psychology. The award is specifically designed to be provided to Division 50 students in their graduate training (including clinical internship) and/or post-baccalaureate affiliate members during the APA conference: 1) whose research advances equity and social justice through an inclusive understanding of addiction psychology across the spectrum of diversity (especially by students of historically underrepresented backgrounds), and/or; 2) Whose research serves marginalized communities and amplifies the voices of marginalized community members in addiction psychology.