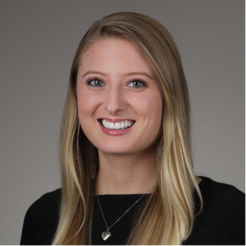 In this issue, one of our student members shares the story behind her commitment to pursuing a clinical psychology degree with a focus on addictions.

I looked at him, uncertain if I was understanding him correctly. He looked back at me, smiled sadly, and said, “Every day.”

I was a new post-baccalaureate research assistant at the National Institute on Alcohol Abuse and Alcoholism (NIAAA), completing the Timeline Followback Questionnaire (TLFB) independently for the first time with one of our inpatient research participants, SJ. Still unsure if his reported number was accurate, I asked him all the follow-up questions indicated by my training. Regardless of how I asked, SJ’s summation of total beers per day was always 63. As we talked, a natural conversation about the negative consequences of his drinking flowed. SJ told me that he had lost his job, and subsequently his housing, and had resorted to sleeping on his mother’s porch every night; he wasn’t allowed in the house because she no longer wanted a relationship with him. He stated that his two daughters were also refusing to speak to him, and he missed them terribly. SJ said that although he had been in treatment before, this current inpatient admission was his last hope. He didn’t know how he would survive if he didn’t stop drinking.

About 9 months into my training at NIAAA, I had the opportunity to shadow one of the nightly inpatient groups. I was already certain that I would be applying to doctoral Clinical Psychology programs the following year, and I was excited to see a group therapy process. At the start of group, the clinician announced that we had a guest speaker, someone who had been through the program and wanted to share his story. SJ walked in, smiled at me, and began. He shared that after discharge, he had never drunk again. Through his sobriety, he had obtained a job and saved enough for low-income housing. Tears were in his eyes as he spoke about how recently he had invited his mother and daughters over to his apartment for dinner. They were wary, but had enjoyed their evening, and had said they were proud of him. SJ stated that he knew he still had a long journey ahead of him, but he was beginning to believe that he was someone worth saving.

I knew in that moment that I would become a clinical scientist in the addictions field. Throughout my time at NIAAA, I had conducted research to understand the development and treatment of alcohol use disorders (AUDs). While fascinating, the science had never truly inspired me. In hearing this man’s journey, I had realized that treating one individual with AUD could create a beautiful domino effect. All the lives that touched his were also bettered. It wasn’t just that SJ got his family back; his mother got her son, and his daughters got their father. Entire communities could be altered by appropriately understanding this disorder and working with these individuals.

Since that night at group, I have never wavered from my dream of becoming an addictions clinical scientist. I am currently pursuing my PhD in Clinical Psychology under the mentorship of Dr. Marsha Bates at the Rutgers Center of Alcohol Studies. My research and clinical training have centered around substance-using populations, and my belief in the purpose of this work has continuously been reinforced with stories of women in treatment getting custody of their children again, or veterans working to be better partners or parents. Like SJ, I know I have a long journey ahead of me, but I can imagine nothing more inspiring that contributing to this broader impact.