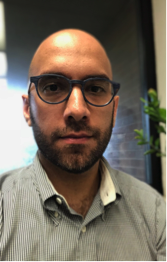 As a clinician in training you worry a lot about how you’re doing when you first start out. I remember one of my early clients in treatment for psychosis talked a lot about his desire to quit smoking cigarettes. He had Schizoaffective disorder and smoked several packs a day; we worked together for several months before cessation came up as a serious clinical target. The client was incredibly intelligent, and it was easy and satisfying chatting about existential issues. I often found myself falling into that routine, finding relief from the pressures of early clinical training.

I did not know anything about how to help someone stop any form of substance use and doubted whether I could be of any help with so little experience. What was clear to me was the false assumption that this was a “medical” problem and was not relevant to our work, but at the same time it felt totally out of my league. I didn’t know what to do!

My client often took a smoke break when he felt drained from applying to jobs and told me that it usually made him feel better afterwards. I lacked training in the treatment of co-occurring substance use with serious mental illness—it was a huge blind spot for me.

When we treat psychosis, clinicians work to reduce the intensity of symptoms like hallucinations and delusions, which get in the way of getting back to living a valued life. My client’s voices derided his smoking as something “sure to kill him” and cited it as clear evidence that he was a failure. I kept feeling like I failed him, as if I’d missed an opportunity to really help someone. I beat myself up in the same way my client did himself.

After he left sessions, he would hear my voice in his head saying “Look at him, he can’t even stop smoking, he’ll never get better.” I wished there was a way that I could change his voices—it was one of the first times I related to a client’s voices in a similar way to their own experience.

We worked hard to chip away at the intensity of his voices and his lack of motivation to adopt healthier habits, where he expected to failure in any such attempt. We adopted an errorless learning approach to treatment, meaning any gain is a good gain. Over time his psychosis symptoms improved, but I felt like we never really dealt with his smoking.

As I trained over the years since, I sought supervision from a mentor that specialized in working with people who had psychosis and a substance use issue. This wasn’t until I was much farther along in my training when I had access to specialist supervisors, but she worked with me to help me understand more about co-occurring disorders. We talked about how cigarette smoking doesn’t relieve psychosis symptoms, as some think, but noted that some estimates suggest as many as two-thirds of people with schizophrenia-spectrum illnesses smoke cigarettes (Vermeulen et al., 2019).

She cited a few key findings that helped me contextualize the importance of treating co-occurring disorders. Heart-related early death is more common in those with psychosis (Brown, et al., 2010) and smoking cigarettes substantially increases the likelihood that that will happen (Kelly et al., 2009; Olfson et al., 2015). That is unambiguously important.

I learned that I needed to work on my blind spots, but that sometimes it’s hard to know where they are or what to do about them as a trainee. I found seeking expert supervision and continued education helped me understand the issues better. There was someone out there that I could turn to for advice who supported my desire to learn and to do better. It’s my hope that when that moment happens for you, you’ll be compassionate with yourself. There is a phrase I’m fond of: “When the student is ready, the teacher appears.” I hope you encounter many teachers on your path to clinical work and serving others.